Firstly, we would like to quickly wish you all a happy St. Brigid’s Day tomorrow! Throughout January, Cartlann has made some very exciting additions to the archive, featuring new authors and texts, some of which we are proud to say are exclusive to An Chartlann. Here, in our monthly update post, we would like to recap on some of these new additions:

THE PHILOSOPHY OF IRISH IRELAND BY D.P MORAN

The Philosophy of Irish Ireland by the journalist and writer D.P Moran is an almost-forgotten yet important text in the Irish Ireland movement. Moran, who was the polemicist of his day notorious for popularising the insults “sourfaces,” “shoneens,” and “West Brits”, railed against the anglicisation of Irish society, in language, customs, and ultimately identity, noting bitterly, “We are all Palesmen now.” Moran’s work is a valuable insight into an under looked strain of the Irish nationalist movement.

DISPATCHES: LETTERS BETWEEN IRELAND AND SPAIN

Dispatches: Letters Between Ireland and Spain, a collection of letters compiled by An Chartlann, are taken from Beatha Aodha Ruaidh Uí Dhomhnaill (The Life of Hugh Roe O’Donnell, Prince of Tirconnell) by Lughaidh Ó Cléirigh, and features correspondence between the Gaelic lords of O’Neill’s confederation and the Spanish court during the Nine Years’ War. To those interested in that period of Irish history, this text should be of great interest.

Expanding on our highly popular Aodh de Blácam collection as well as our Irish-language content, Dornán Dán is a collection of poetry de Blácam wrote in Irish, available in two PDF formats as well as text-on-page, including the original PDF from Internet Archive featuring beautiful illustrations such as the one pictured.

Expansions have been made to both the Pádraig Pearse and James Connolly collections, the notable additions for Pearse feature two articles published by the Gaelic League organ An Claidheamh Soluis, of which Pearse was the chief editor from 1903 to 1909, titled “Here and There in Cork“, an account of Pearse’s travels through the mainly Irish-speaking districts of Cork, as well as “About Literature“, which is a defence of modernism in literature and a proposal that Irish and Gaelic literature should focus on contemporary issues. As for Connolly, eight articles have recently been added, notably the pamphlet “Labour, Nationality, and Religion“, as well as articles including “North-East Ulster“, “Socialism and Irish Nationalism“, and “The Language Movement“, to name a few.

We have also been working on adding PDFs to all texts throughout the website, which remains a work ongoing. We are also working on revamping the Categories section, which should be a major and notable improvement to both website layout and accessibility. An Chartlann is also proud to announce we are now uploading our custom-made PDFs to Internet Archive, the link to our account can be found here, to engage with a wider audience. We would appreciate any and all favourites as well as reviews to help promote our content there.

Anyway, that should be all from us here, have a wonderful St. Brigid’s day.

Firstly, we would like to say Merry Christmas and a Happy New Year. This festive season is, as we know, in testing and difficult times for us all, so we hope that you can enjoy it as best as you can. We are planning to take a short break from the website until some point…

Today, we are proud to announce the first major update of the website since our official launch several weeks ago. When we launched in late December, we had 10 authors, 37 texts and around 200 pages of material. As of today (6 January), we now have 33 authors, 112 texts and almost 500 pages of…

Firstly, we would like to thank everyone for the kind support and response to our launch. We genuinely had very little expectations and the initial response has been much better than we had anticipated. In this post, we would like to give a brief overview on the material currently on the website, our plans for… 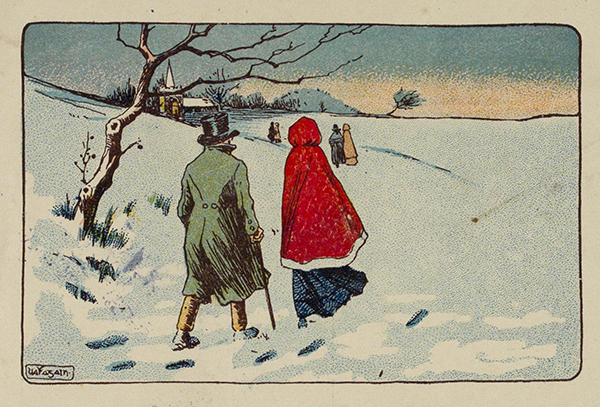 Firstly, we would like to say Merry Christmas and a Happy New Year! It has been a while since we have given an update on the site. However, some very significant updates have been made to the site recently that a regular visitor to the site may have noticed. To give a brief TL;DR: CHRISTMAS…